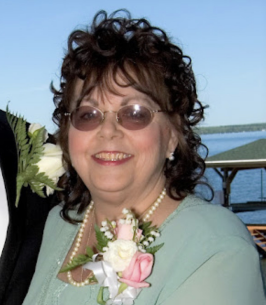 Sandra Darlene Angela McNutt, 73, of Marion Center, died Thursday, March 24, 2022 at UPMC Presbyterian Hospital in Pittsburgh. Born August 14, 1948, in Indiana, she was a daughter of the late Leonard “Butch” Wellen and Ann Sandra (Greczek) Wellen. She was married to the late Robert “Kentucky” McNutt.

Sandra was a homemaker; she loved cooking and taking care of her family. One of her greatest joys was spending time with her grandchildren.

Sandra is survived by her sons: Jason McGaughey, of Marion Center; Jared McNutt (Michelle), of Fairport, NY; and Justin McNutt (Krista), of Blairsville. She will also be missed by her grandchildren: Jasmine, Marissa, Gavin, Madison, Aiden, Jaxin, and Sydney; and her sisters: Denise Livingston (Tom), of Indiana; and Cathy Newlin (Jr.), of Penn Run.

In addition to her husband and parents, she was preceded in death by her daughter-in-law, Michele (Holliday) McGaughey; and nephew, Stacey Livingston.

Friends will be received Tuesday, March 29th from 2:00 until 4:00 PM and 6:00 until 8:00 PM at Rairigh-Bence Funeral Home & Crematory of Indiana, 965 Philadelphia Street. Her funeral service will be Wednesday, March 30th at noon at the funeral home, with Fr. Richard Owens, OFM Cap., celebrant. Burial will follow in St. Bernard Cemetery, Indiana.

Online condolences may be offered by visiting rbfh.net

All rights reserved. This obituary is also archived at obittree.com